Choosing a console is a sometimes difficult task.

Most people tend to go for the PS4 or XBOX One, they are the biggest boys in the playground at the moment after all. While various stats about the XBOX One  and PS4 usually get bandied about, the controllers are usually ignored.

Why is this though?

A big part of your gaming is how comfortable you are playing. If your controller doesn’t feel right in your hands, you won’t be able to enjoy the game properly or achieve your best performance.

So how will you know which controller is best?

Read on to find out.

The DualShock 4 is the latest version of the controller Sony have been working on for over 20 years. Starting with the original PS1 controller, they have made slight alterations to each iteration. Each time a new version came out they have slowly inched towards the DualShock 4 that is currently in use.

The controller has grown slightly over the years, especially from the original controller that didn’t even have analogue sticks. The DualShock 4 is the largest version of the controller, but it has made up for the bulked up size with improved ergonomics.

It’s not just the ergonomics that have had a shot in the arm though, the functionality across the board has been ramped up. Which areas have seen the most improvement? You’ll find that out later on. 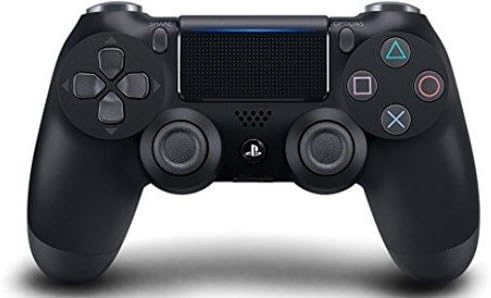 The XBOX One controllers have undergone some improvements since previous iterations as well though. The responsiveness of the controller has been drastically improved and it has just been tidied up from a design perspective. Which pad is the superior item though? Let’s get to the important part. 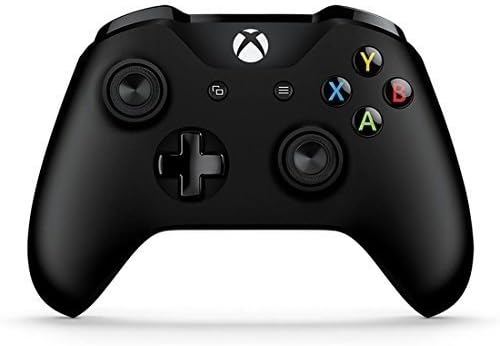 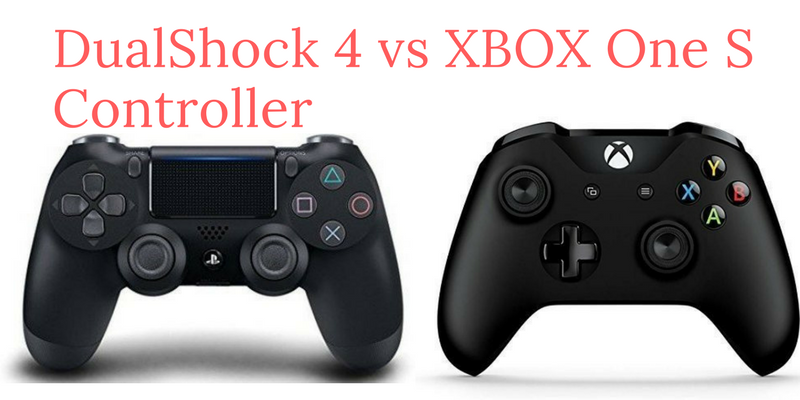 It is important to remember that when it comes to size, too big can often put people off. Some of the most derided controllers in history were far too big. The original XBOX and the Atari Jaguar are just two examples of when a huge pad goes wrong.

The DualShock 4 not having its middle filled means that while its dimensions may point to it being a larger controller, when you hold it in your hands it does feel smaller.

The D-Pad and buttons are easy to reach from your thumbs home on the analogue sticks and the triggers are easily accessible with your fingers on the back of the controller. Overall, after using the DualShock 4 for a short amount of time, you will not have any issues finding the buttons. What about the XBOX One S though?

Well even though the analogue sticks aren’t parallel like the DualShock 4, it still fits into your hands easily. You can reach everything with ease from the default holding position and the triggers are easily accessible with your fingers. 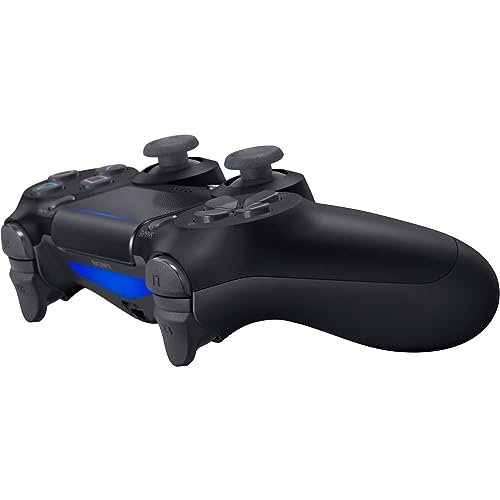 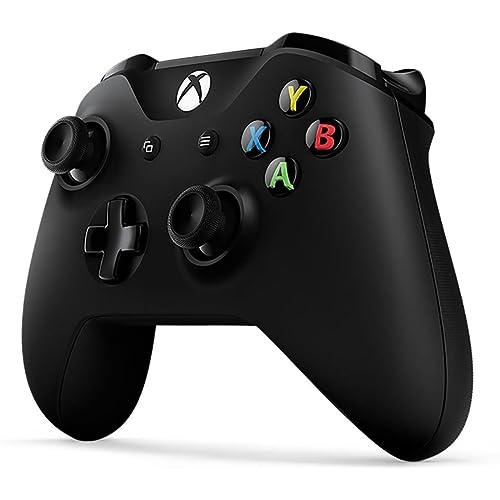 Who will win the next round? Keep reading to find out.

Due to the sticks pushing back slightly it means that you won’t accidentally slide too far when trying to aim with precision. While the XBOX One S analogue sticks do also have some resistance, they don’t have it to the same degree as the DualShock 4 controllers. That means in term of usability the DualShock 4 comes out marginally on top.

In comparison, the D-Pad on the DualShock 4 can only be described as a dream. The buttons have very little resistance when pressing them down and the transition between positions is as smooth as it could be. It is also larger than the XBOX One D-Pad which makes it much simpler to use. There is no issue with the loud clicking either which just makes the DualShock 4 D-Pad even further ahead of the XBOX One S controller.

The triggers for the two controllers have more of a gap between them in terms of quality, in fact there is a clear winner for this one. Which controller offers the superior trigger? First the qualities that each one possesses.

The DualShock 4 has excellent triggers. They allow for the fingers to easily find them, they have the perfect amount of resistance and they are a good size that means missing them is a rare occurrence. All of that leads to the inevitable winner for the DualShock 4 triggers right?

Wrong. The XBOX One S manages to offer everything that the DualShock 4 does with it triggers and more. They are just as ergonomic, meaning that they are comfortable and easy to find in the midst of gameplay. They are larger than the DualShock 4 offerings and offer haptic feedback too. This means that there is a slight amount of force feedback from the triggers depending on the in game situation.

That means that the DualShock 4 has narrowly won out when it comes to usability. The final round will help to finally separate the two warring controllers. Which one will win out? Keep reading to find out.

Both controllers allow for the use of earbuds, headphones or headsets. This is via the headphone jack that both controllers possess. It makes for a simple process to be able to move around the room with ease and take the sound with you.

Bluetooth compatibility is also a feature that both controllers possess. The XBOX One S has the slightly superior bluetooth support due to the DualShock 4 requiring the official Sony bluetooth dongle where as the XBOX One S controller can do it with any adapter.

The DualShock 4 manages to come into its own after this though with two features that the XBOX One S controller doesn’t have an answer to. Firstly, the DualShock 4 has a gyroscope built into it. This allows for it to have various motion detection features that can be used to control the camera or your aim depending on the game you’re playing.

The DualShock 4 also has one other feature that sets it apart from the XBOX One S controller. The touchpad at the top of the controller allows you to use it to control a cursor or even use it to type. It also can be used as an extra two buttons for some games.

When it comes to added extras there is a clear winner, the DualShock 4.

The winner by the slenderest of margins is the DualShock 4. There isn’t a lot of different between the two controllers, but the DualShock 4 does have slightly better Usability and Added Features. The XBOX One S controller won out in the ergonomics stakes. So, which one should you choose?

The DualShock 4 might be marginally the better controller, but when it comes to making your own choice then your own personal preference will guide you towards the controller and console that you want.