Home » Knowledge Base » PS4 Pro vs PS4 Slim – Which Should I Choose?

Have your friends been playing Fortnite together and talking about it at all day? Making you jump into your bed and resort to a maddening Fallout episode on your smartphone?

Well, why go down the FOMO lane when you can join your friends in fighting zombies! With futuristic weapons! On a futuristic Earth! By getting your hands on a Sony PlayStation.

But which model should you go for? Diplomatically speaking, in the fight between the versions, both come out victorious. But there are a few bells and whistles that differentiate them. Read on to find out…

No one plays on Windows desktops anymore unless they are a PUBG fanatic. On the other hand, when it comes to PlayStations, the latest version seems like the best. Right?

As technological advanced Sony is in manufacturing the best console in the world (no time for debate, guys) they are also clever enough to understand how the world works. That is why instead of a Super Slim version, as with PS3, it released a Pro version of the PS4 in late 2016. This, only a few weeks after they gave us PS4 Slim, the wiser version of the original PS4.

It is natural that at times like this potential gamers find themselves in a quandary. Is PS4 Pro superior to PS4 Slim? If so, do you really need it? What’s the catch?

We are going to find that out today. 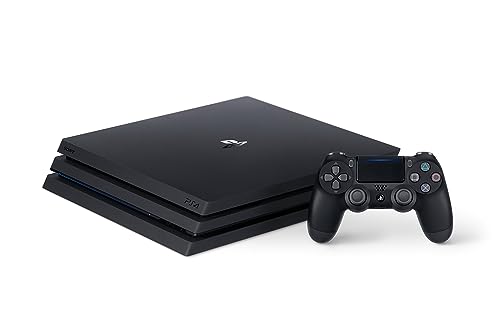 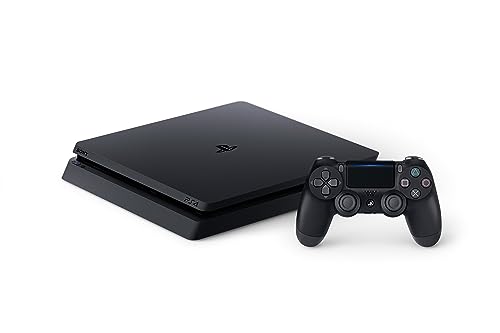 Major Differences between Pro and Slim

We believe the biggest motivation behind Sony’s plan to launch a hardware-pumped model was to get in line with modern tech. 2016 was a year for many things and virtual reality (VR) and 4K resolution video were just two of them. But, how exactly do these things impact the gaming experience?

The idea behind releasing newer models of a product is to give users a better experience. In that way, the PS4 slim model, lighter by a few pounds, was intended to consume low power (165W compared to Pro’s 310W) but still give a high-quality performance. But gamers don’t about power consumption in gaming as it rarely affects the gameplay.

What they do care about is the processor’s ability to render graphics at acceptable frame rates. No one likes low FPS or persistent frame drops, and PS4 Pro really tries hard to hit gold on that front. With 4.2 teraflops of processing power (GPU), it is capable of streaming 4K video and supports checkerboarding. In layman’s words, the latter is what gives you the ultimate pleasure of playing games like Bloodborne or Case at close to 1080p resolution with near to 60 FPS.

But does the Pro model really support 4k video and a frame rate of 60 FPS without any drops? More on that later.

PS4 Pro has a higher CPU clock to match the GPU power, which makes sense. But don’t expect substantial fillip during gameplay. As it is up to the game developers (do you also call them ‘dev overlords’?) on how they use this extra power for the benefit of game rendering, Sony cannot promise you stuff. The Last of Us Remastered is an example where devs really improved the gameplay using Pro’s elevated hardware specifications.

But what more can you use so much mojo for? You already know the answer.

Seems like Sony took the name of the gaming engine we all so revere too seriously that it adopted it literally. Although PS4 Pro can stream 4K video, it cannot run games in UHD or native 4K. It’s more like ‘unreal’ 4K where the console upscales the picture to near 4K resolution.

Nor is there a UHD Blu-ray drive, which means all your optical disc contents (your (g)old collection) are limited to 1080p.

Sure, the difference is not too much, but if you are a 4K fan then this ‘come and eat all you can but there’s limited food’ situation will be disappointing. Running a game in native 4K and at 60 FPS is no child’s play as it requires a hybrid setup of a more powerful graphics card and CPU. In that sense, Sony is doing a favor for us. But, is it though? Because Microsoft seems to be beating them in their own game by throwing UHD support in its Xbox One S. Ouch. (Halo 6, anyone?)

Aesthetically speaking, the graphical differences in running a game at 1080p with a PS4 Slim and the same at 4K with a PS4 Pro are minimal. And we are talking about textures and special effects here. We can confirm that achieving 60 FPS is not possible on the latter, but it’s not a deal-breaker.

One minor thing that we love in the Pro model is the extra 1GB of RAM. This dedicates the main 8GB of RAM only for gaming.

If you own a 4K TV or monitor or even plan on investing in one, getting the Pro model is a no-brainer. With a slightly larger investment, you can enjoy your games in near 4K resolution. And the luxury to enjoy something like that at such a cost is a good deal.

But, what if you don’t care about 4K?

As mentioned above, it is up to the individual game developers and rendering engines to decide how effectively they want to utilize PS4 Pro’s upgraded processors. Therefore, the answer to the question, ‘can PS4 Pro handle 1080p at 60 FPS?’ can never be straightforward.

Sony has addressed these doubts countless times, and they always push the cue on the developers. While developing a game, the devs could use the PS4 Pro’s extra energy to do a lot of things. Like maintaining 4K resolution, minimizing frame drops, maintaining the frame rate, supporting high dynamic range (HDR) imaging, or just simply improving the coloring and textures.

The only catch is that they cannot harness and do it all. One, and with some stretching, two – that’s the best they can do. And that is why some games can handle 1080p at 60 FPS on PS4 Pro and others can’t. For example, we can confirm that PS4 Pro can handle Battleground 1 smoothly like Valve handles release date requests for Half-Life 3. Come on, we have to make at least one Windows game reference!

If you are a Type I user (see below), then getting a PS4 Pro makes more sense. You will play some games in the best way possible but will have to make do with 1080p and low FPS with others.

VR is Your Friend

All PS4 models support Sony’s native PlayStation VR (PSVR). We should again thank Sony for giving it to us (not complementary) at a competitive price than bigwigs like Facebook’s Oculus and HTC. But, what exactly is the difference between the Pro and the Slim?

Negligible, to be honest. Even if you set up two systems and fire one with Pro and the other with the Slim model, you won’t find much difference in the virtual reality experience. Slightly better graphics is what the Pro will give you, and that’s like selecting Mario instead of Luigi in Super Mario Kart.

The Pro model supports HDMI 2.0 and has an extra USB 3.1 port, taking the total to three. While the 2.0 version assists you to connect to a 4K machine, the extra port comes in real handy for VR connectivity and charging. The missing audio out port in Slim has been brought back in Pro for obvious reasons. Is it really that important? We say yes.

Professional gamers can take this very seriously as it is always better to play The Legend of Zelda in surround sound with no one in the house. We certainly give extra points to the Pro when it comes to the miscellaneous.

The Pro model is the largest in terms of design and breadth. Which gives it enough window for that extra port that we mentioned above. All models, however, support Blu-ray and DVD. And both boast of Bluetooth v4.0 and have 1 TB storage space.

More about how all these affect the price in the next section.

The difference in price is around $100, give or take. While that may feel modest to some, it’s what you get for that amount that counts.

With PS4 Pro, you are looking at smoother video streaming and graphics rendering. And that’s the only pro (pun unintended) with this model. But, one should also look at other investments like a 4K TV/monitor and a VR headset for an immersive gaming experience. That definitely shoots the bill.

An average 4K TV costs more than the PS4 Pro and the PlayStation VR retails at around $200, which is an extra expense for any gamer. Of course, in comparison with a Windows gaming PC building, we are talking apples and oranges. If you are a new buyer, then these investments should be taken into consideration.

If you ask whether the difference in Pro is worth it then we would say yes, considering every aspect. But, as a gamer, it is totally up to you to decide.

But don’t go to playstation.com yet. Let’s answer some questions first to help you decide better.

How to Choose Between PS4 Pro and PS4 Slim?

Your own answers to these questions will help you make a wiser purchase.

What Type of a Gamer Are You?

Types I, III, and IV should go with PS4 Pro while Type II can settle for a Slim. For obvious reasons.

If you are a cross between these types, then consider the remaining questions.

What is Your Budget?

If it’s tight, then the answer is simple: get a PS4 Slim and be happy. If money is not an issue and someone else is bankrolling your gaming needs, then should we show you the way to additional PS4 accessories?

Talking about the $100 difference, we think it is reasonable enough for all the improvements that PS4 Pro has. But, don’t forget the extra spends for the 4K TV and VR.

Alternatively, if you are too tight on budget, then a second-hand original PS4 will also be a great option. Since it’s out of manufacturing and can play pretty much all the recent games, albeit with limitations, it is a good option. The only request we have is that don’t depend on online sites alone. Maybe your neighbor Markus wants to sell his old PlayStation…

Are You a Forward Thinker?

We don’t know when PS5 will be out yet but PS4 Pro is as good as Sony and gaming technology gets. And if you are the type of person who will jump the wagon when it is finally released, then you already know what you want.

Owning a PS4 Pro is like being at the top of a console gaming user pyramid. None of your friends can talk down to you, but it will also depend on how good you are at survival in Fortnite.

To put the consensus into place, the PS4 Pro model is arguably the top choice for hardcore gamers, and rightly so.

So, what is it gonna be?

While we all wait for Sony to announce PS5 we can all huddle together with our PS4s and continue fighting the zombies. As for which model should you get, it totally depends on where your dispositions lie.

If you like to try new things out, have an ultra 4K TV, and are already into the VR frenzy, then PS4 Pro is your machine. Otherwise, Slim looks like a better and lighter deal (again, pun not intended) for the casual gamer. You can save the difference in cost for The Last of Us 2…