Home » Knowledge Base » What Is Vulkanrt?

VulkanRT sounds like a strange name to begin with. Computer users are often confused about what it is and what it does. If you’re struggling to find the answer then check out this guide that will answer all VulkanRT questions including what is VulkanRT and what VulkanRT does.

VulkanRT is short for Vulkan Runtime Libraries. Most users will find VulkanRT in their Program Files (X86) folder or if you are a Windows 10 user you’ll find this on your apps list.

This low overhead cross-platform computer graphics API is installed by video card manufacturers. Developed by Khronos Group in 2014, the purpose of this tool is to provide an open standard API.

It’s designed to provide a balanced usage between your CPU and GPU. VulkanRT was launched in 2015 at the Game Developers Conference. 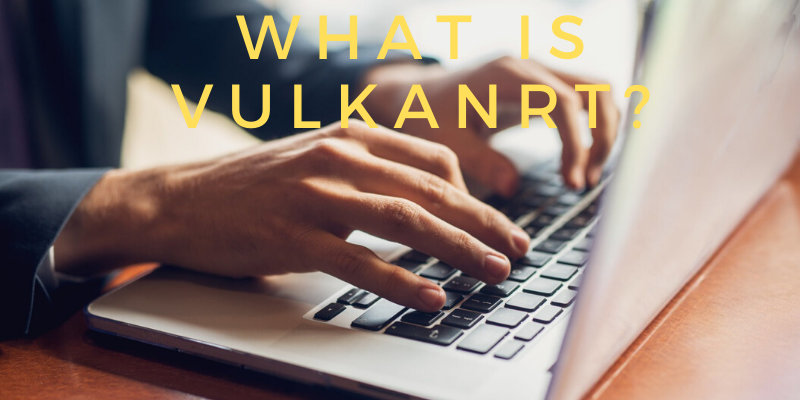 Do I Need To Be Worried, Is VulkanRT A Virus?

The short answer to that question is ‘NO’, you don’t need to be worried.

VulkanRT isn’t a virus, malware, or spam. Hence, it will not have any negative impact on your computer.

The myth originates due to the tool’s name, which many believe sounds like the name of a virus. Plus, there are also some articles on the internet that claim VulkanRT to be a virus, but we can assure you that it doesn’t harm your computer in any way and all such claims are false.

However, there are a lot of fake VulkanRT programs or programs imitating VulkanRT that may not be safe. If you want to keep your computer and data safe and secure, then only use the real VulkanRT.

How Does VulkanRT Function & What Is Its Purpose?

VulkanRT is mainly designed for gamers but it can also be useful for professionals who work with 3D graphics. The tool allows users to utilize their hardware in a better manner and get more out of their computers. It does to by balancing your CPU and GPU load and spreading workload evenly through multi-core CPUs.

It’s the successor to the much loved OpenGL and provides better performance. However, it can’t or hasn’t fully replaced OpenGL as some users still prefer OpenGL due to how easy it is to use.

Plus, we should also mention that it works on the same line as Direct3D12. However, it’s more versatile since it supports a larger number of operating systems including Linux, Android, and Windows. Plus, you can even make it work on MacOS and iOS by using third-party tools but you may have to spend a little extra for them.

How Did VulkanRT Get On My PC?

A major reason why so many users get confused about VulkanRT is because they do not remember installing it. Do not panic if you see it while browsing your computer. The tool is known to install itself without making it apparent.

This may be a sign of malware, but VulkanRT is not malware. The truth is that VulkanRT gets installed when you install some other, related tools as some software or hardware may need it to work properly.

This includes adding a new graphic card or installing a new game. 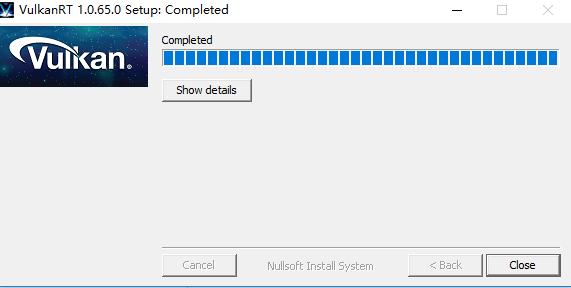 Here we’ve listed all the important features of VulkanRT to help you understand what VulkanRT does and why it’s said to be important.

1 It reduces driver overhead which has a direct impact on CPU workloads. As a result, you get to enjoy better CPU performance.

2 VulkanRT has the ability to provide scaling across multi-core processors, in retrospect applications such as OpenGL can only operate on single core processors.

3 This may come as a surprise but installing it may actually allow you to free up space as VulkanRT allows compact driver packages and easier maintenance.

4 It reduces CPU loads by batching. This technique allows for available CPU cores to work faster and more efficiently.

5 On Windows and Linux OS, VulkanRT is known to offer better image quality.

6  Finally, VulkanRT manages graphical shaders and computing kernels, which means you will not need separate APIs.

Bonus Features: VulkanRT is commonly used as a part of AMD drivers. In fact, many experts agree that VulkanRT is what makes AMD drivers so fast and reasonable.

Why Does My Antivirus Flag VulkanRT?

It’s surprisingly common for some antiviruses to flag the tool. If it’s happening to you then consider updating the antivirus software. If that doesn’t work then we suggest that you ignore it since VulkanRT is not a virus.

Some antiviruses flag it because they’re not aware of this specific file.

Shall I Keep or Delete VulkanRT?

We’ve pretty much covered all ground here, VulkanRT comes bundled with games and graphics. You will not be able to enjoy high quality graphics without VulkanRT. Plus, the system may lag as well if you run two or more apps simultaneously since without  VulkanRT, the load will not be properly divided, causing the system to go slow or hang.

This is why it is considered important for gamers and users who work on heavy apps and files, especially multimedia files and software. Since VulkanRT does not take a lot of space, it may be a good idea to keep it since it’s going to help you without you realizing it.

But, we must mention that VulkanRT is not absolutely necessary. Almost all your apps and games will run without the tool but the performance may not be up to par.

To sum it all up, VulkanRT is basically useful in enhancing your graphics and 3D experience.

If you’re a gamer, you will need it to enjoy a good experience. In fact, some games may not even start until you have the tool. The good thing, however, is that the games may install it without you having to worry about manually doing so.