Since the release of the original XBOX in late 2001 the Microsoft flagship has undergone a number of changes to the controller.

Starting out as a large device that drew a lot of scorn it has evolved into a sleek and ergonomically designed remote that we see today.

Just how good is the XBOX One controller though? We put it through its paces in our review so you can make up your own mind. 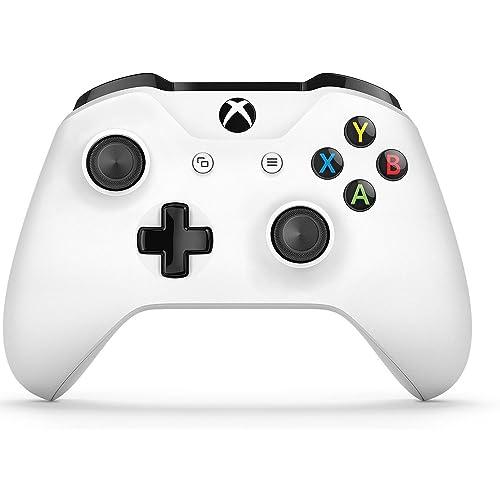 The features that are included on the XBOX One controller are a significant improvement from the XBOX 360 offering. With over 40 changes between the two devices it’s apparent that the controller has moved forward with the times, but what features has it added on to set it apart from both its predecessor and its competition?

The analogue sticks were never a problem with the 360. They were functional and did their job, but they weren’t spectacular either. The XBOX One has changed  that for the better with some excellent upgrades for the analogue sticks.

Firstly, the sticks are significantly easier to move. This combined with the removal of a significant amount of dead zone, means that the controller offers increased accuracy. It’s not just in terms of in game where the analogue stick has improved though. The addition of thumb grips means that there is less chance of your thumb slipping in the middle of an important game.

This overall means that the thumbsticks offer a better experience on the XBOX One than ever before.

The first most obvious aspect of these two is that they have been increased in size. They are now much easier and more natural to get your fingers to when you’re playing. The bumper buttons also seem to come out from the controller a little more to ensure that it’s easier to activate the bumper buttons.

The triggers also have haptic feedback included in them. This allows for you as the player to feel feedback through your fingers as you play. This gives a much better rumble experience when you’re playing games as you can feel the effects of the game through your hands.

The D-Pad for the 360 controller was a source of bemusement and anger for players many times over the years. It’s wasn’t as accurate with button presses as it should be and was not designed in an ergonomic way. The XBOX One controller has solved these issues.

Offering more accurate button presses, much easier transition between positions and in a much better ergonomic position. The responsiveness of the controller is also improved from previous versions. This is instantly an improvement on the 360 version and allows players to play fighting games and plat formers to a much better standard.

The XBOX One controller comes with bluetooth connectivity. This allows for it to be connected to a PC to use as a PC controller. If you already have an XBOX One and want to game on your PC also then this works as a cheaper way to use a gamepad as you won’t have to go out and buy one.

In addition to this the XBOX One has XBOX wireless connectivity built in. This allows for up to 4 controllers at a time to be connected to the XBOX One or 2 controllers with headset capabilities. The controller can also be used on a PC with the wireless, but it requires an XBOX dongle to allow a connection, this is less needed though due to the Bluetooth connectivity.

The XBOX One is powered by two AA batteries. While this offers a good amount of battery life, it can work out quite expensive to keep replacing the batteries. Microsoft do offer a charge pack that allows the controller to be charged up over and over again. The X,Y,B and A buttons have all been moved closer together.  This makes games that require “button bashing” an easier proposition as moving between the buttons should be a quicker and easier motion. 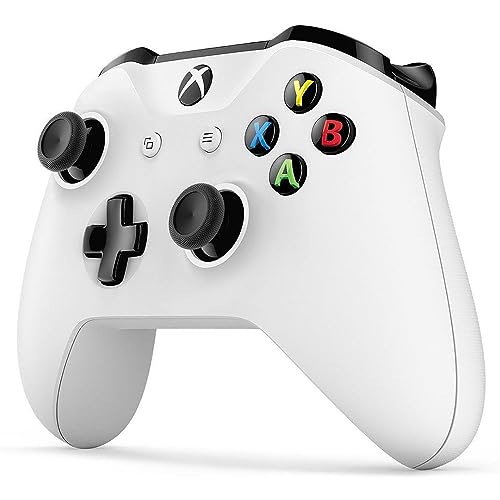 It also means that there is less chance of glancing the menu button while playing. This is vitally important when playing online as the game doesn’t pause when you enter the menu in an online game.

The hardware for the Elite controller is also customizable. There is a piece of software that can be used on both PC and the XBOX One to change the button mappings for the controllers. It allows for 2 different mappings to be saved at any one time. The sensitivity of the analogue sticks can also be tweaked to the player’s preferences.

This does come at a much larger cost than the original XBOX One controller though, but if you take your gaming seriously then it could be worth paying out the extra outlay.

The XBOX One controller is much improved from the 360 offering. It targeted the specific areas that needed improvement and changed them for the better. This doesn’t mean that it’s perfect and doesn’t have any bad points, but the level of improvement shows that Microsoft are listening to their users and trying to improve their experience.

If controller is an important aspect for your gaming the XBOX One does offer a good quality product. It certainly lives up to the improvements in the console itself and doesn’t let down the gaming experience.